Yesterday, while googling about the es_rejected_execution_exception error, I learn about the how an index is being written into Elasticsearch(ES). Thus, I think is best to write an article about this :)

Before deep into the theory, there is some terminology we should understand first.

The data replication model that ES reference is primary-backup model. In this model, we will always have ONE primary shard inside a replication group and the rest will act as replica shard. The primary shard will serve as the main entry point for all the indexing operations. Once an operation is accepted by the primary, it will then get replicated and send to all replicas. 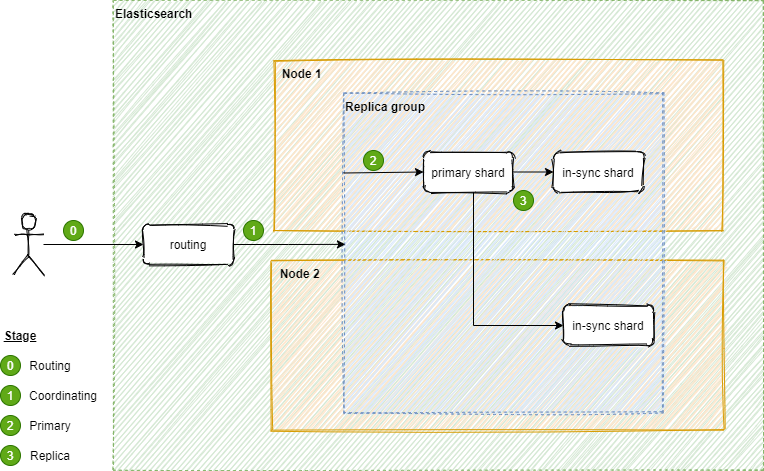 There are many possibilities that things can go wrong during indexing e.g. disk corruption, node disconnected, misconfiguration. We will talk about some of the scenarios.

Read operation in ES is super lightweight. As all of the replica shards are identical and in sync, the read request can be done by the nearest node.

In this article, we cover the basic read/write model of ES. We also touch on some of the failure handling behavior that ES will take when there is any failure with the request.