Harmonic mean of the test’s precision and recall.

The F1 score also called F-Score / F-Measure is a well-known matrix that widely used to measure the classification model.

Dice Coefficient, also known as Sørensen–Dice coefficient or Sørensen–Dice index. It is a statistic matrix that’s used to measure the similarity of two samples.

In this section, we will take image segmentation as an example.

Let’s say we have a model that will classify apple. 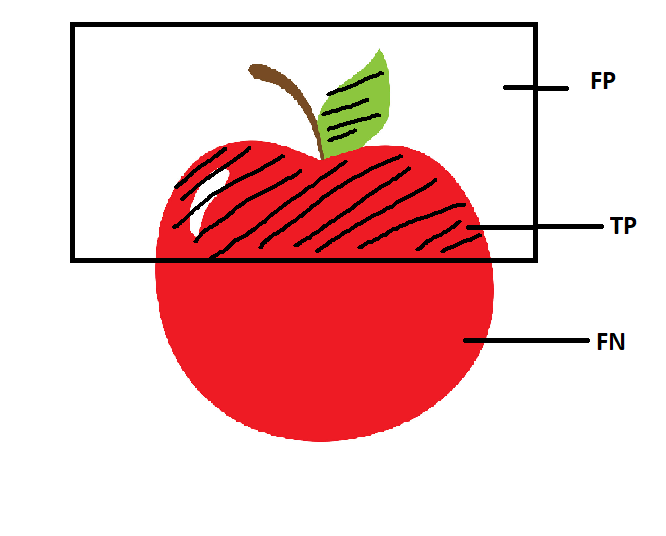 The box area in the image above is where the area that the model predicts it as an apple. We can tell that the box is not covering the whole apple, so meaning that the model has made some mistakes. If we would evaluate using the contingency table, we could break it into:

For F1 Score, the formula is defined as below:

Precision is defined as:

Recall is defined as:

With the substitution of precision and recall into F1:

While dice is defined as following:

By substituting the above into dice formula and we will get the same formula as F1.